RoQ Riffs!!  Yall good?!?!?  Hope your weekend was great and your week, thus far, better. Since this is a new and growing site, we still have a ways to go in terms of adding fresh content ideas. One of which is this one here, where we pay respects to the curators of visual excellence. Whether it is on the easel, behind the camera, in the directors chair — literally anyway someone can creating artwork which pleases the sights. This is it. This is our dedication to the groundbreaking Aesthetic Architects.  Whether they are participants of the underground hiphop genre or far off in another realm.  Indie or beyond. You’ll find these individuals here.

Let’s start it off properly , right? Someone who definitely deserve recognition for his hard work, Phoenix’s very own John Carbis, MP.  “What is MP” you ask??  Master Photographer. Lol I’m making titles up over here. Believe me though. No.. the word “lie” is in “believe”.. I can’t even use that.  ” UNDERSTAND WHAT I’M SAYING” … this dude is ahead of the damn curve and doing a second on fools like when you let your Nana play Mario Kart and she spends the first 2 minutes of the race driving backwards and smacking into the guard rail in a confused panic… YOU SEE THE  “WRONG WAY” SIGN!!

My bad.. I got a little sidetracked there… *ahem*  What I meant to say is this guy John Carbis has been putting in a LOT of work on the visual side of the Phoenix HipHop scene for quite some time, clearly and quickly establishing himself as a go-to .. if not arguably thee go-to for the perfect and most artistically expressive still shot.  Whether working with models or artists, or random inanimate objects, he has the uncanny and inherent ability pull anything targeted through his lenses into his own imaginative universe, creating unparalleled works of art.  Maybe all this creativity comes from the various trades he has sought after and mastered such as DJing within the artistically fertile Phoenix / Tempe community.  Either way, he taps into the well , grabs the camera and does his Tony Gwinn.

Examples are as followed!!

What he’s been doing with his pretty-much-patented exposure technique , as of late, has been nothing short of phenomenal. I’ve witnessed it, myself. No splicing photos together, no fading. Just honed photography skills and a lot of hours in pursuit of that “one shot”.

Definitely a photographer of many styles , check out some of these ill shoots with various tourists in the world of Carbis.

Even a couple of me here and there !!! 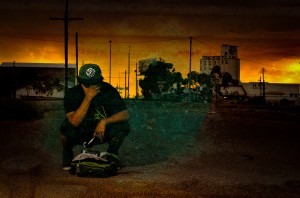 This is from a new photoshoot we did last week. Will definitely drop this set on yall later this week!!

You see where I’m coming form now, right? Pretty dope, you agree?  The dude literally eats and sleeps photography which is why this first episode of Aesthetic Architects is dedicated to his work.  Speaking of dedication to a particular subject, Carbis has been hard at work visually chronicling the historic Westward Ho of Downtown Phoenix, with the aptly-titled “The Westward Ho Project” which you can check out on his Facebook.  Nonetheless, I’ll go ahead and drop a few choice selections right here because your life needs it right now.

Alright, I’m going to chill now. You get the picture. It’s a very dope and ambitious project. I’m sure Mr. Carbis has some sort of gallery planned to showcase all this work.  You’ll find out veddy soon.  This is a salute to the hard work put in to best represent the city of Phoenix from a visually artistic perspective.

Yes yes!! That’s it for the first edition of  Aesthetic Architects. If you’d like any more information on John Carbis and his work, you can find em right here!!

Alright yall.. until next time .. I’m out the gate..   and be on the lookout for our photoshoot,  soon!

The Adventures of Slick RoQ – The Podium: A Musical Editorial