So… things have been a little busy on my end, with restructuring and strategizing the next campaigns.  I completely blanked out and failed to upload my latest release on to THIS platform.  So.. here it is, my latest creation

The good folks over at KNRJ’s 101.1 FM contracted me to deliver another intro for there national treasure of a hip hop show.  It seems I release these things on the eve of new chapters in my career. So, keeping tradition, this comes in the era of brand newness for your humble emcee.

Since my power has increased exponentially since my last installment “Rhyme (or) Reason”.. so, why not demonstrate what I’m working with at a base level.

Yo, I’m a geek, I swear. Just finished watching Dragon Ball Super so in my mind, this rap shit is like powering up.  Beerus and Vegeta all the way, if you didn’t have your mind right. 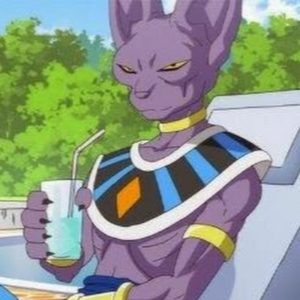 Not going to lie, this is the most Woke-ass anime character design, EVER.

Alright, alright .. let me stop ruining this with my rap nerdom. Here it is, “Rhyme and Reason: Coronation” , produced by M Slago!

Oh, and for those who aren’t in the know.. the artwork is a screen cap of the Mahershala Ali, who just won a damn SAG AWARD last night. Basically the illest black actor this side of Denzel.

Alright, here we go.   RAP GENIUS LYRICS FOR THOSE TRYING TO KEEP UP!

Spread the word! The Culture Is Back!

The MC Rulebook by RoQy TyRaiD

RoQ Riffs!!! Ya’ll good?? So..I went to a pretty promising Hip-Hop show and was left disappointed by the egregiously low standard of emceeing. So, I ...