RoQ Riffs!! Yall good??  Before I start, yesterday, May 19th was my birthday.  I drank an Old Fashioned in the shower, did a show, then went skydiving.  Wanted to sneak that shit in there..

Damn, it’s really been a minute since I last updated this page, huh? I’m about as involved with my website as Goku is a present and responsible father figure to his all-but-bastardized son. But… we’re good, because I’m back at updating this and you are more than capable of forgiving me until I prove your faith was misplaced, less than a month from now.

Meanwhile, I have some gooood newwwws. 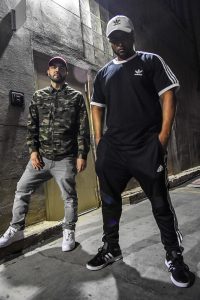 We’re prepping to drop  OUTBREAK on you lot come Thursday, May 23rd, the year of our Lort. This is all that you love about Green’s unique approach on mixtapes, and more; plus the obvious introduction of a me as a new emcee to the general populace of hip hop.  This is a contender for Mixtape of the Year.. I promise you.

I can’t even lie, it’s an immense honor to be held in such high regard by someone who helped shape the course of hip hop, directly and indirectly shaping the soundtrack of my life from youth to adulthood.  Then to collab?  Chill.

This shit is a weapon of mass destruction.  Outbreak is serious.

Outside of Green contribution production throughout the project, as well as curing the project in general; I rounded up a few incredible producers to compete the project.  Producers such as WOLFZie, Motif Alumni, and Nameless are all on board. 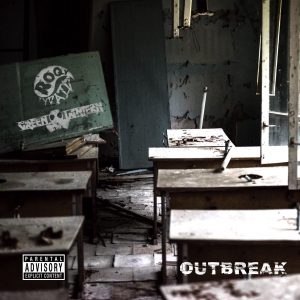 Outbreak.  Thursday.   On all platforms including Bandcamp, Soundcloud, and Datpiff.  Definitely stream it on Apple, Spotify, Google, too.   **LEAD SINGLE “TIKKA MASALA”  WEDNESDAY**

Until next time.  THE CULTURE IS BACK!!

Shows – Mirandom – The Other World Tour

RoQ Riffs!!! Ya’ll Good?!?!??!?!  Back real quick to inform yall of my Writers Guild members Random aka MegaRan and Mr Miranda (also known together as  “Mirandom“) ...