The MC Rulebook by RoQy TyRaiD

So..I went to a pretty promising Hip-Hop show and was left disappointed by the egregiously low standard of emceeing. So, I decided to come up with an easy to read guide you can refer to as The MC Rulebook. Follow these rules and you’ll help cultivate a scene where people don’t flee at the sight of a less-than-famous rapper on stage.

Unless you’re DMX, because this shit is absolutely GLORIOUS

I have a sneaking feeling this isn’t the real Tupac, I’m listening to. His Thug Passion is part Natty Light, part Baja Blast. Why does the bullet in “Thug Life” look like Bobba Fett’s helmet..

WORK with your DJ, he or she is your best friend. Never lose your cool on the DJ, your audience is intelligent to know who’s fault it is.. or if it’s anyone’s..

While this is hilarious to watch, I want to remind the viewer that the main culprit in this incident is actually the sun; it’s not your DJ equipment or vinyl’s best friend.

Let’s guess.. people like your show set so much, they left with their friends, mid-performance, to tell their friends!  Now force us to listen to “one more song”.

You know, I can’t even front.. although the absolute antithesis of “lyricist” (nicely), watching culture appropriator and “whitest mantan alive”, Stitches, throw fake cocaine at a crowd of ex juggalos and college drop outs, who smell like what I’d assume to be the guest bathroom of the Sausage Castle… is far more entertaining than witnessing  35 year old local backpack Nazis fumble through lyrics as if auditioning for the role of a drunken auctioneer. So, here’s the former: 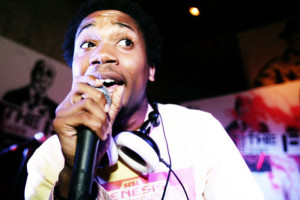 This guy owes all of us an apology.. and not just for cuffing the mic. More on the latter, in a second… 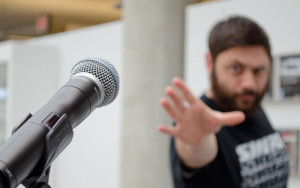 Henceforth, place this much distance between yourself and the mic. 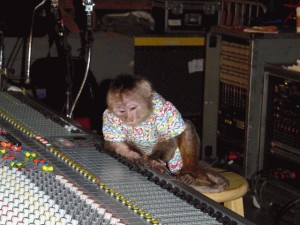 Soundmen are like monkeys, in that, if you give them shit.. they may throw it back at you when you least expect it. They may also distort your music out of spite. 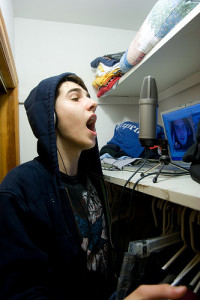 I think we may have found the problem. Mac Miller-sound alike beats inundated with hilariously obvious punchlines about how “fresh” he is… which is ironic due to him… you know…being in a closet and all.. 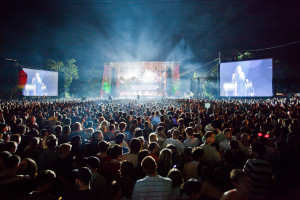 What will really fuck your head up is when I tell you this picture was taken from the perspective of the STAGE. Sidebar, how come you don’t see Lil Bow Wow and Lil Mama in the same place? Conspiracy..?? Either way, she’s in this picture. Twice. 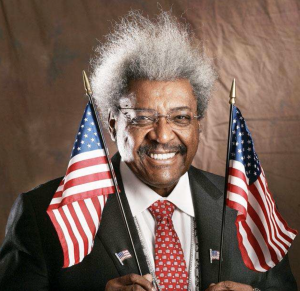 Because shitty promoters are the American Way!

There are countless other reasons, but those are the two most important, to me. Basically, you’re running in place by investing your time and energy into pay-to-play situations. Those are quick-buck, pyramid schemes that only benefit the pockets of the promoter. Build with ethically grounded promoters who are in the music business for the long haul. They typically book high quality acts who compliment the creative direction of the headliner.  You may have to show and prove in order to get on the bill, but the respect and access to a wider audience is beyond worth it.  Keep it Hip-Hop, don’t be a corner-cutting asshole, pay in DUES not dough.

and lastly, but not least..

And there you have it, The MC Manifesto. If you follow all of these steps, you’ll be on the path to becoming a better master of ceremony. Sure, there’s other aspects such as merchandise, booking shows, tours, etc. But this is mainly solely about rocking the mic. Maybe  I’ll come back through with advice on moving around the country. Until then, let’s leave off, here. 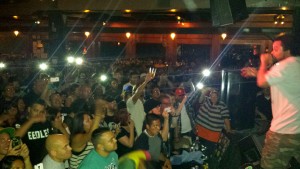 Basically, book me if you want it done right..

If there are any particulars you feel I may have missed or anything you may want to touch on, feel free to comment below.

Alright RoQ Riffs, until next time and live from the cave,

“The Culture Is Back”

RoQ Riffs!! Ya’ll good?!?!  How is your week treating you? Regardless, it’s Friday. Good or bad, we’re through yet another business week. Going to go ...