What’s good RoQ Riffs!! Back with the first installment of Respect The DJ, a segment where we highlight various DJ’s, the first element of Hip-Hop, who contribute to the culture in their own ways. Any subgenre; whether turntablisits, mixtape, all-vinyl, or crate carrying serato, it’s all the same!!

For this inaugural edition, we highlight Phoenix-by-Brooklyn’s very own DJ Fact 135. Rhyme & Reason Crew, lifeblood of Coolin’ Out , a well respected lifestyle & boutique brand based out of the Southwest (which is also responsible for some pretty ill underground hiphop acts in the past few years). Also known for his involvement with the internationally renowned Blunt Club of Tempe, AZ and it’s sister event Uptown.  A veteran of 20 years, Fact has made his name known across not only the region, but globally , with this grade A mixing skills and impeccable ear — whether it is holding down the stage, live mixing to the applaud of indie hip-hop masses during Rhyme & Reason, or creating mixes alongside the hella talented DJ Tricky T .  So respected in fact, he along with the rest of Rhyme & Reason (Mattlocks, Roknowledge, Jaba One, Les735, Psycho Pat) , were recently featured on the Wooooorrrrlllllld Famous  Wake Up Show, back on 8/14… which, as you may agree with.. is a big damn accomplishment.

What makes Fact so unique is his inherent ability to sonically match songs together in an almost effortless fashion. This is most likely due to his upbringing in NYC during the golden era when people actually gave a damn about honing their craft… about creating an environment and guiding people through moods by damn force , using his turntables.. because thats what DJs do, damnit!!  You can literally hear  “New York” during his sets on Rhyme & Reason.

Phoenix HipHop heads can catch him in person, spinning at the upcoming show with Apathy & Celph on Aug 27nd at Pub Rock, which I will be rocking as the regional supporting act, well as the homie Realistic, The Society of Invisibles, and Gods & Monsters.  Since he is backing my performance set, expect  (even more) dopeness. All you can do is salute his versatility and dedication to the craft.    You can also catch him at the next, or any given Hip-Hop House , located at the Hidden House off 7th Ave and Osborn, Phoenix, AZ..

Here is little bit of Fact doing his thing while live on Rhyme & Reason.

I personally think DJ’s like Fact 135 are “artists”, as they take music and use it like instruments in order to create something “bigger”. In terms of the skill of DJing, Fact is definitely is the entire DJ package.

Definitely one of the best of the Phoenix DJs. What stands out to you when it comes to DJs????  Let us know below!!! 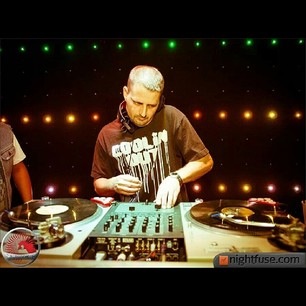 RoQ Riffs!! Ya’ll good?!  Man, the reception to the album has been pretty damn positive, to say the least. It’s refreshing to receive such positive ...