This is for our colleagues demonstrating in Phoenix.

If you get arrested, REMEMBER this phrase: 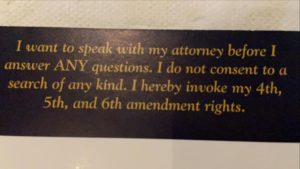 The Fourth Amendment was part of the Bill of Rights that was added to the Constitution on December 15, 1791. It protects people from unlawful searches and seizures. This means that the police can’t search you or your house without a warrant or probable cause. From the Constitution.

Fifth Amendment. One of the ten amendments to the United States Constitution that make up the Bill of Rights. The Fifth Amendment imposes restrictions on the government’s prosecution of persons accused of crimes. It prohibits self-incrimination and double jeopardy and mandates due process of law.

The Sixth Amendment, or Amendment VI of the United States Constitution is the section of the Bill of Rights that guarantees a citizen a speedy trial, a fair jury, an attorney if the accused person wants one, and the chance to confront the witnesses who is accusing the defendant of a crime, meaning he or she can see who is making accusations. 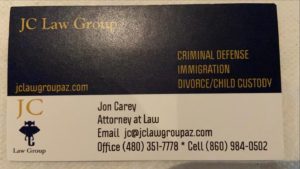 Will add more lawyers willing to help the cause as they make themselves known.

And lastly , STAY SAFE. You are there to non violently demonstrate, as this protest, this performative art, is merely the entry point to the conversation of police brutality, creating laws to prevent it, and eventually combat other aspects of systemic oppression against the black and brown communities.

Thank you. You all are leaders of the future and we are proud to call you ally.

Stamp of Approval – Bilal “Slipping Away”